From Darkness To Light 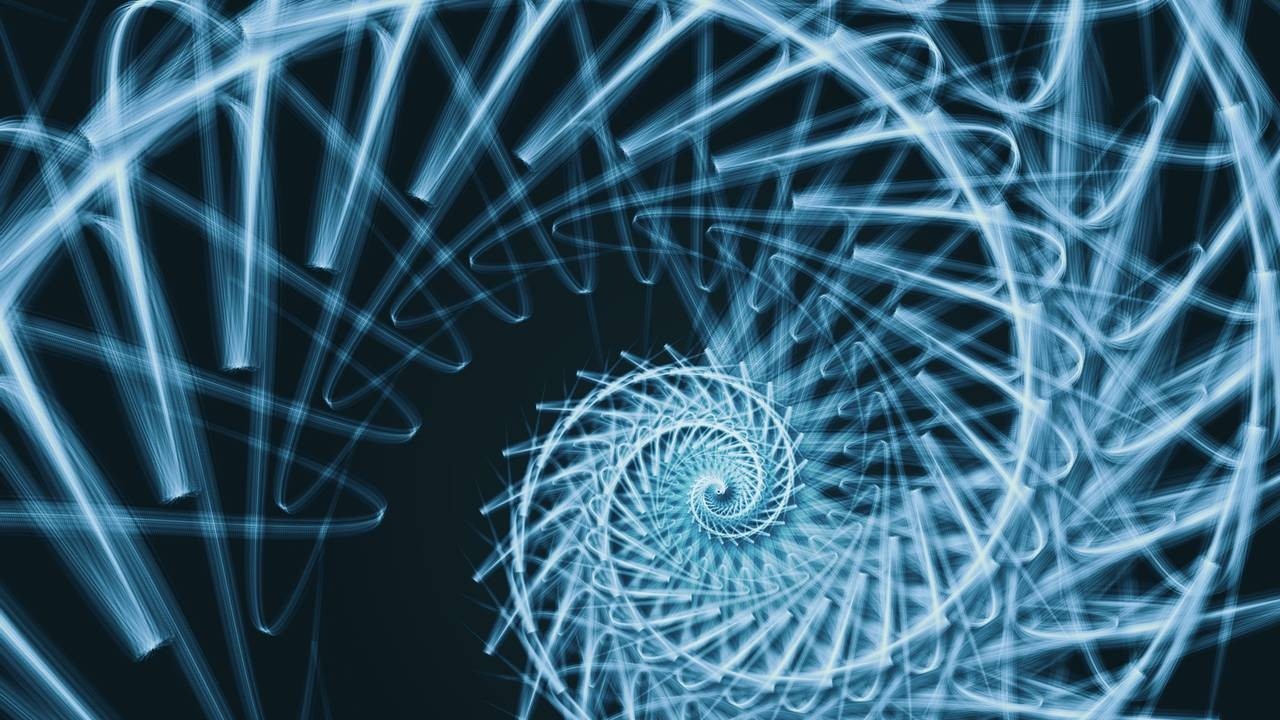 The word Veda comes from the Sanskrit vid which is where we get our English word, video. Vid means to see and to know. To be able to see, to know, and to understand and comprehend fully the fabric of all material creation is Veda. It is the sacred knowledge of all things. It is said that this knowledge is received by any Seeker whose mind is made steady, stable, and comfortable enough to be an empty vessel to contain the Divine energy. Much like a clear glass when placed over a piece of red cloth takes on the color of the red cloth, a still and silent mind will take on the nature of the Spirit (including all the knowledge of the Spirit). This receiver is called a Rishi. The receiving is called Vidya (knowledge of one's own essential nature), and what is received is called Veda.

The Veda was oral tradition, passed down from Rishi to student over long periods of time, until the mind's ability to retain accurate Knowledge dwindled to the point where it needed to be written down. The Veda was transcribed and compiled into four sacred texts that we now call The Vedas: Rig Veda, Yajur Veda, Sama Veda, and Atharva Veda. The primary language of all of these texts is Sanskrit.

In the Vedic teachings, it is understood that we are all incarnated here in material nature because we are all ignorant of our own essential nature. The end teachings of the Vedas (Vedanta) describe that we are all Spirit, that Spirit is actually all that exists, and there is only one Spirit here. Our ignorance of this understanding is caused by the power of illusion of Prakriti, material nature. The one Supreme Spirit that is the only thing that exists here is called Brahman. Brahman means bigness, expansiveness, vastness, All That Is. It is unconditional non-dualism and thus is neither male nor female. It holds within it all possibilities, all Knowledge, and all creation. Its nature is unconditional love.

When Brahman creates, it expands its creative energy (called Brahma) and creates the duality of Purusha (Spirit) and Prakriti (Matter). Purusha further evolves to become Chitta (Consciousness) and Prakriti further evolves to become Triguna, the three basic energies (gunas) that are the building block of our scientific building blocks of matter (the atom). These three energies combine to form our physical bodies and all we see and experience through our five senses in the material world. The Purusha is the indwelling Spirit that exists in every being collectively. Everything is contained within and arises out of Brahman just as everything is contained within and arises out of the quantum Unified Field. The two are not separate.

It is the guna of Tamas that creates ignorance of our own essential nature as Spirit. This ignorance is called avidya, the inability to see, understand or experience Knowledge. It is this ignorance that makes us think that we are separate beings in separate bodies seeing separate objects. This collective illusion is called Maya, and it is into this illusion that we are incarnated again and again until we are reunited with our Spirit within through the process of Yoga. Yoga is not the set of physical postures and exercise that it has become in the West. Yoga is much more meaningful, deeper, and way more alchemical than that. Postures are also only one small aspect of Yoga, and even postures are not understood and practiced properly.

This ignorance that binds us to this illusion is the darkness that is referred to in the gu of Guru. Anything or anyone that removes that darkness and returns one back to the Spirit, even just a little bit, is a Guru. A Guru can be a person, a piece of music, a sacred text, an iconography, and/or artwork, among many other possibilities.

It is quite the journey to return back to Oneself, and yet we have never really left, as all is the Spirit. It is only our ignorance that needs to be removed, like mud being washed off a mirror, and then we can clearly see ourselves. This clear seeing is Vidya, and when we are a clear mirror, we reflect the nature of our own Spirit and receive the sacred Knowledge that is our own Self.

This Self is the Guru within, and the Guru is in the teachings that are taught to the student. When the student applies the teachings and unites with the Self, the student Seeker becomes a Guru. It is said that in order for the Seeker to merge with the Sought, one has to let go of the Seeking and the Knowledge. It is for this reason that we have the Vedic Teachings. The sacred texts that we have in the Vedic tradition are all examples of the last act of letting go that a Seeker performs before merging back into Itself. It is the final shedding of the illusion of the Sattvic guna.

Guru Purnima is the brightest Full Moon that we experience in July. It is on this day that the Guru and the Teachings are celebrated. One Rishi called Vyasa is celebrated on Guru Purnima as he is the one who compiled all the four Vedas, and he was also responsible for compiling the 18 sacred texts of the Puranas, organizing the 108 Upanishads, and for writing the Mahabharata (of which the Bhagavad Gita is a portion). His contemporary, Sage Patanjali, wrote the Patanjali Yoga Sutras, and Vyasa wrote a commentary on those Sutras. There has been no text that has yet to further condense or outshine the simple power that is the Yoga Sutras.

In the end, all that we think is, is not, and there is only One of us here. Thus, treat everyone as you would want your own self to be treated, and treat all as if they were Spirit standing before you, because they are.