Should You Get A Jyotisha Reading? 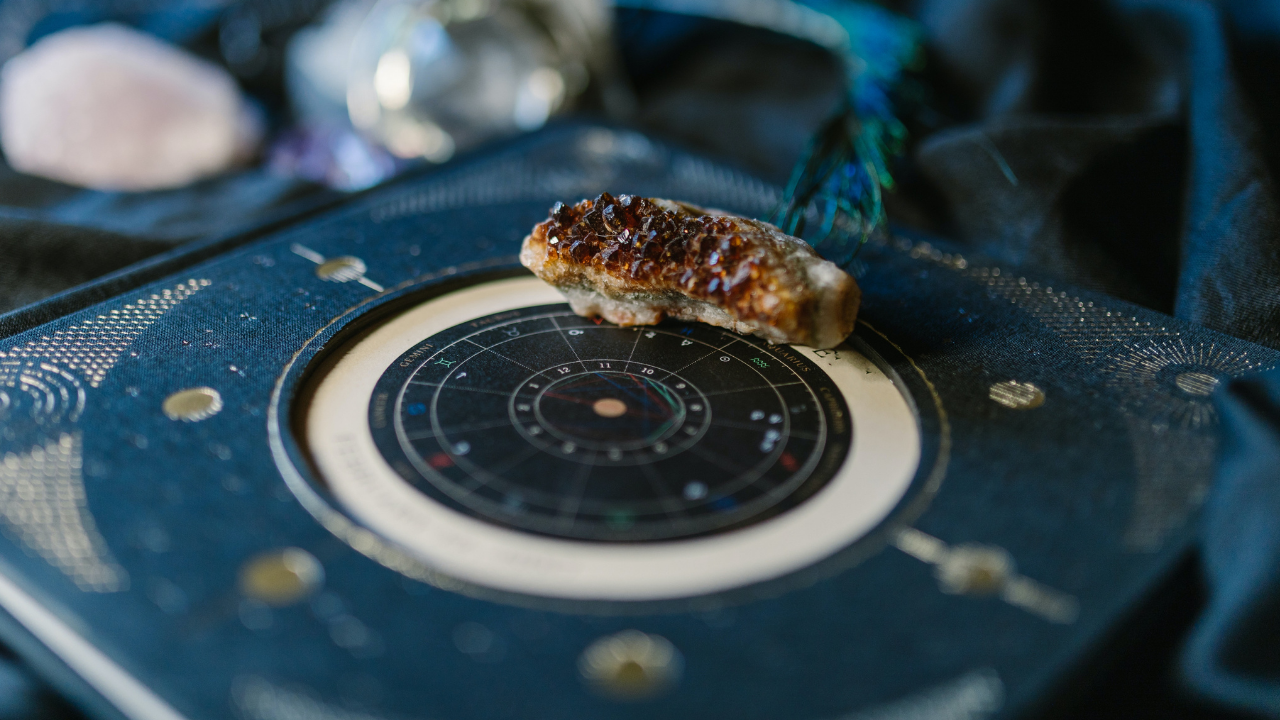 Do you feel like there is something missing from your life? There is a lot of turmoil and uncertainty in the world, which can make people feel lost. Many people find that they are unhappy with their current life situation but don't know what to do about it. They may not be sure if they are on the right path, following their purpose, in the right kind of relationship or working in the right profession. One way to get clarity on these issues and more is to have a Jyotisha Vedic Astrology session!

The first thing that one might wonder is what a Jyotisha Vedic Astrology session entails. Jyotisha means "light of the Spirit" and has its roots in the ancient Indian Vedic system. Veda comes from the Sanskrit root vid which means "to see." Ancient seers, called Rishis, saw, heard, and understood deep truths about our universe while in ecstatic states of yogic meditation communing with Spirit. The information that they received was called Veda and was later transcribed into four books that are collectively called The Vedas. An entire Vedic philosophy of life was built around this Knowledge.

One philosophy of the Vedic system is based around the idea that the patterns that appear in life, and in the life of an individual, are sourced in a natural law or general pattern which can be understood, learned from, and improved upon. This idea is called the Law of Karma. The Law of Karma teaches that if one acts in any way (affecting one's own life or others), that action will have consequences either immediately, later on in life, or after death. This is very much our scientific understanding of cause and effect. The effects of our actions can take time to manifest themselves fully, but they do always catch up with us eventually.

The Karmic law says that good deeds create positive karmas while bad deeds create negative ones. Even deeper than the actions themselves are the intentions behind these actions, which are very subtle and nuanced and also taken into account when assessing the effects of our actions. These karmas accumulate over time and then come back into play when we meet with like situations again. This repetition is what gives us the opportunity to learn from previous situations, grow and evolve.

Jyotisha Vedic Astrology can provide insights into the past, present and future of the state of the world and of individuals. It is a system that examines the principles and relationships between living beings, planets, stars and other objects in space. We (the microcosm) are not separate from the macrocosm.

Everything we have thought, felt, and taken action on has brought us to this exact moment where we are now. This is destiny, and according to Jyotisha, everything is recorded energetically. Everything that exists merely consists of denser and more subtle forms of matter, and matter is energy which can neither be created nor destroyed. The only thing other than Spirit that is technically existing and eternal is material energy. Thus, every action we take is a form of energy and every thought we think is a form of energy. The planets and the stars are also forms of energy. It is interesting to think of this when we think of how a body such as the Moon can affect our thoughts and emotions when it goes from new to full. All of the planets have such an effect on us, whether we realize this or not. Each planet has been assigned a certain role in the functioning of our psychology, emotions, and the creation of our karma in the system of Jyotisha.

At the moment we are born, we are imprinted with the energy of the sidereal sky, and this is what guides our entire life. In the Vedic system, we are born at the exact time and place we are for a reason. We are born to the parents we are so that they and the experiences we have with them can shape our psychology and form the person we are to become. The body that we have is the body that is perfect for carrying out the karmas that will fruit for us in this lifetime. There is great order and perfection in this universe.

When someone wishes to know more about themselves, they need only look back at their birth chart in order to see who they truly are. The birth chart becomes the blueprint for the life of the individual, and it tells the soul story of that individual. The Moon becomes the deeper psychology of an individual. Mercury becomes the intellect of the individual. Saturn is the deliverer and scorekeeper of our karma. The first house of the Jyotisha chart informs a Jyotishi about the kind of physical body they will have along with what personality traits they are growing into in this lifetime. Each house and sign of the chart rules a different area of one's life and a different part of the body, mind, and emotions.

The Jyotisha system is way deeper and different from the Tropical Western Astrology that many are familiar with. It has been around for thousands of years as a way for people to understand how we function on both an individual level and a cosmic one. In today's world there are many scientific theories which try to explain why we do the things we do or act in certain ways, but there is often no explanation from the person themselves because they don't fully understand themselves yet. This is where Jyotisha Vedic Astrology comes into play. It can provide answers that may not be found elsewhere.

A Jyotishi can assess one's current karmic standing based on past actions and help one plan accordingly so the individual meets like situations with greater ease. This often allows people more clarity about their life’s path than they would have through any other means, including prayer or meditation alone. A session allows the individual to gain insight into themselves, their karma (actions from previous incarnations influencing this lifetime), swadharma (certain aspects of the soul's nature that is to be expressed in this incarnation) as well as planetary influences, in order to make decisions that are best suited for the individual at present.

Jyotisha also includes methods for calculating auspicious times for events such as determining the perfect date for marriages or starting new business ventures, studying planetary movements to predict specific future events (e.g., eclipses, pandemics), and calculating financial gains from investments or losses due to theft. This is based on the concept that there exists certain times during which the planets will exert a greater force, and thus the positive effects of certain planetary positions can be maximized.

Jyotisha is often used as an alternative to Western astrology due to its depth. Where many individuals may be aware of the signs such as Aries, Taurus, Gemini, etc., there are deeper aspects to those signs called Nakshatras that only appear in Jyotisha. These are star constellations which align with the zodiac signs. For example, lets say that an individual has a planet in Aries. What kind of Aries are they? There are three kinds. Are they an Ashvini Aries, a Bharani Aries, or a Krittika Aries? These Nakshatras further inform the personality and tell a person more about themselves. Even deeper than those Nakshatras are what portion of the Nakshatra an individual falls into. One may be an Ashvini Aries but are they in portion 1, 2, 3 or 4? That further defines who a person is. Thus, Jyotisha becomes incredibly exact.

Even deeper than this are the planetary conjunctions that are forming in an individual's chart, the planetary aspects, and cycles of planetary karma unfolding at certain times, called Dashas. These are all important to know in detail if a person wants a full understanding of their life. The Jyotisha chart ends up becoming a map that appears so simple on paper but is like an encyclopedia of knowledge when opened up and read, much like an Indian Sutra.

This knowledge can be used to make better decisions about one's life, as well as to understand oneself more deeply. It’s a personalized map that will lead a person on the path of self-discovery and healing if used with sincerity. A Jyotisha Vedic Astrology reading is nothing short of an empowering experience. In fact, of the doctors and therapists who are familiar with Jyotisha, those will often recommend a Jyotisha Vedic Astrology reading to their patients as an adjunct therapy for healing. It’s recommended that a person has their chart read multiple times during the course of their life. It should first be read to the parents before the age of five or six, to help with understanding and raising the child and helping the child learn appropriately. It should also be read at major transitions in life such as when going to college, to help the teen make the right decisions about study, career and relationships. It should also be read when out of college to help understand one's purpose in life, how to carry that purpose out and in what ways, and how the life will then take shape, as some planets do not mature and release one from certain patterns until after the age of 30. One can also have their chart read going through major relationship changes such as separation or divorce to help with healing, or other major life decisions in which one does not have a clear answer on what path to take.

I hope this has provided a bit of insight into Jyotisha Vedic astrology and why someone might want to have their chart read. The next step is to decide if you will be getting your own chart read or not, but the decision should then be an easy one as there are many benefits that come from it!

Many Blessings For Your Journey,